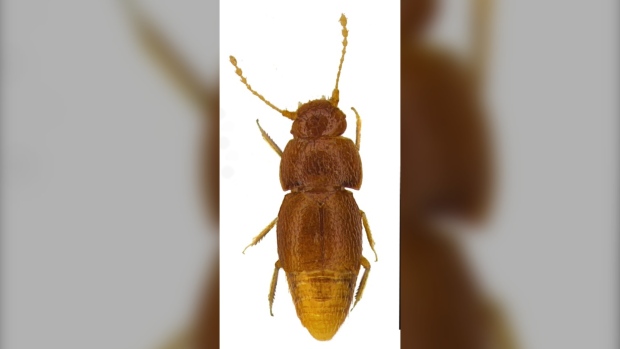 The honey-coloured insect, measuring less than one millimetre, was discovered in the Kenyan capital Nairobi in the 1960s.

But it apparently remained nameless until the venerable London museum’s scientific associate Michael Darby stepped in.